This Donald is no duck 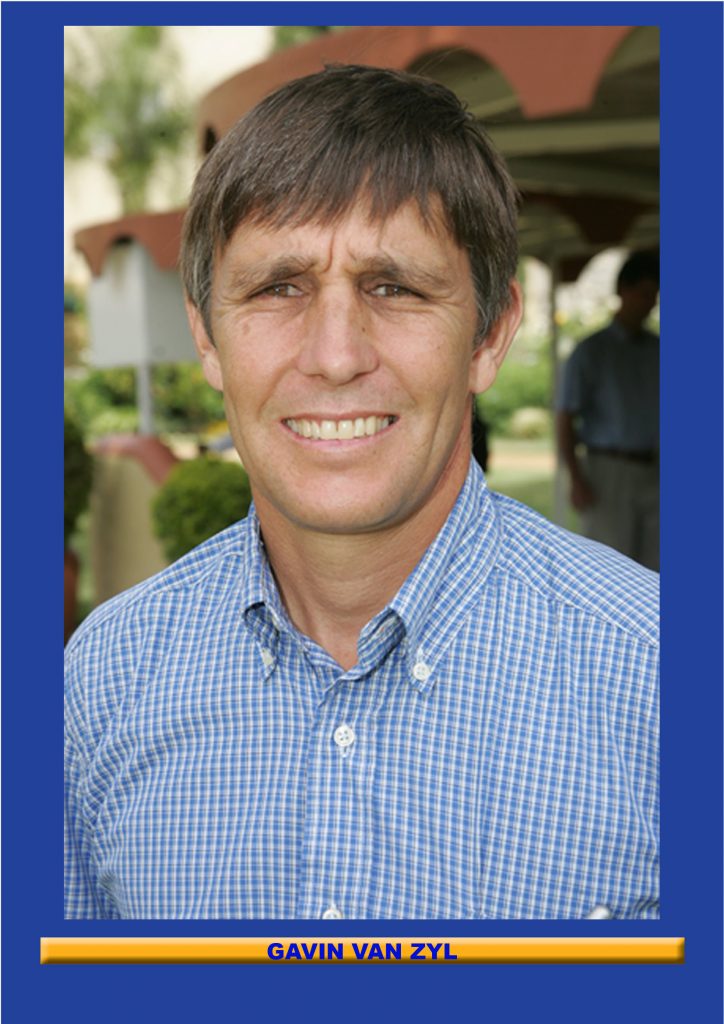 GAVIN VAN ZYL splashed out buying the top lot at this week’s BSA 2-Year-Old Sale and ended his week on a high as he saddled a treble at Hollywoodbets Greyville today.

In the gelding Donald McDonald he looks to have a particularly promising stayer as the son of Ideal World showed plenty of resolution to land the Conditional Progress plate from Karoo Lark and Run To Denmark.

Stable rider Warren Kennedy was particularly bullish about his mount’s chances after an emphatic win aboard State Of Mind in the second, but he may have been having second thoughts halfway up the home straight as Karoo Lark refused to go away.

At one point it looked as if it would be a case of heads up and heads down but 150m out Karoo Lark snapped under pressure leaving Donald McDonald to surge clear of his rival.

This was 1800m but Kennedy’s mount stayed the trip well and he is definitely one for the notebook in any races over ground.

Frank Lloyd Wright came with a six figure price tag as a yearling, a number that he is never going to recoup on the track, but that said he has not been a complete failure as he notched the sixth win of his career with an end-to-end victory in the opening leg of the Pick 6.

Serino Moodley had no hesitation in going to the front on Justin Snaith’s runner. “There was no pace in the race and he does take a bit of a hold so I just left him where he was comfortable,” he explained. It proved to be the right tactic as Frank Lloyd Wright was never in danger of being caught. Baby Shooz, returning from a lengthy break, rattled home for second while Mount Anderson and Born To Perform were never in the hunt.

Snaith was up from Cape Town touching base with his Summerveld operation and the trip was made worth while as Sweetscentedgreen kept going long enough to hold the debutant Calulo, Michael Roberts’s filly finish like a rocket under apprentice Mfanelo Zuma.

State Of Mind, making her poly debut, simply destroyed the opposition in the second putting five lengths of daylight between herself and Backstop.

Sea Venture rounded off the Van Zyl treble as Kennedy rode a super confident race in the seventh. Content to sit well back in the early exchanges, Sea Venture had a lot of ground to make up at the top of the straight, but once Kennedy asked for an effort she responded gamely to his urgings, gradually reeling in the opposition and eventually drawing off to win comfortably.

Jabu Jacobs is one of the more promising apprentices and produced a copybook ride on the favourite Kayson for Peter Muscutt in the seventh, timing his run to perfection to win going away.

He was not so lucky in the next riding favourite Hugs Accepted. She blew the start badly, and from there on was never in the hunt. The race produced a blanket finish as Serino Moodley timed his finish to perfection, producing Glitter And Gold with a telling late run to nab the luckless Wildly In Love close home with little more than a neck separating the next four home. 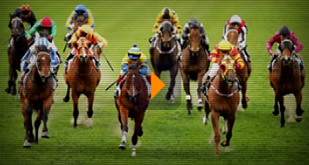 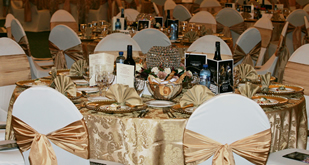 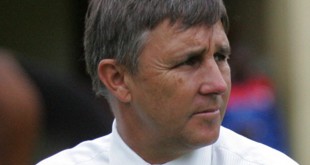 David Thiselton Gavin van Zyl conducted a barrier trial with five unraced two-year-olds before yesterday's meeting and owing to the... 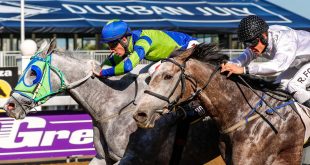 Andrew Harrison Whether you have just a passing interest in horse racing, a died-in-the-wool racing fan or a DStv surfer... 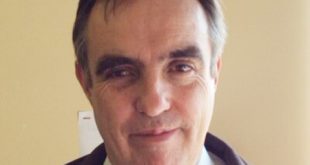 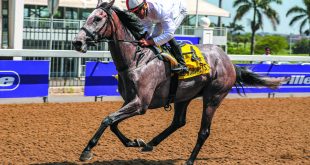 Greengrowthelilacs to get the ball rolling

Andrew Harrison Hollywoodbets Scottsville was drenched with nearly 100mm on Saturday and Sunday but not nearly as much as Hollywoodbets... 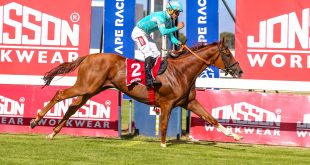 David Thiselton The unfortunate scratching of Double Superlative from the Daily News 2000 and Hollywoodbets Durban July might have played...